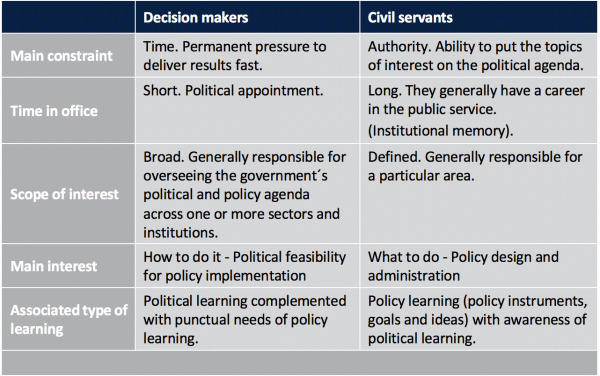 There is a difference between learning what to do, which depends on the accumulation and assimilation of knowledge, and learning how to do it, which generally comes through practice. Both are fundamental for successful policy implementation. If training programs and cross-country learning interventions could incorporate this conceptual difference into their design it could strengthen their impact.

Recently I was part of a team working on a project for the Gates Foundation. The aim of the project was to better understand how countries learn from each other and how to translate that knowledge into action. Countries in the Pacific, for example, in spite of having similar levels of income and, arguably, similar constraints, often achieve very different outcomes. For example, Kiribati and Solomon Islands have similar GDP per capita, however Kiribati has an infant mortality rate of 41.2 deaths per 1,000 births while Solomon Islands has a rate of 17.1. The idea of our project with the Gates Foundation was that if countries with similar backgrounds and problems could learn from each other’s experiences and struggles, then this learning could facilitate the implementation of more effective public policies. I did a literature review trying to unpack the concept of ‘learning’. These are the main takeaways.

Learning is a complex phenomenon that has been over-theorised and under-applied. Even agreeing on a unique definition is still an unfinished task. The understanding of learning and its scope varies depending on the interpretation of different authors. However, there are three common elements in the various definitions of learning: someone must learn; there must be an object of learning (something which you are learning about); and there is an expected effect of learning (the impact learning will have in the subsequent policy reform).

The literature outlines two overarching categories regarding the type of learning. On one hand, policy …read more