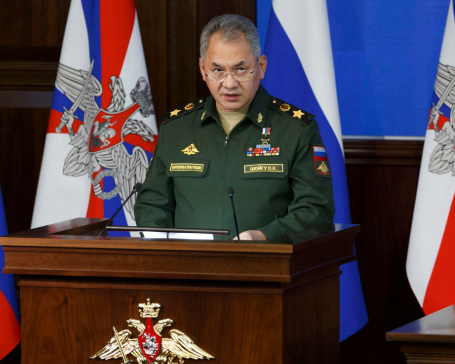 Russian Defense Minister Sergey Shoygu’s address to the MOD Collegium on December 24 began with de rigueur descriptions of how the U.S. and NATO menace Russia.

Not bothering, of course, to mention that it’s Moscow’s treaty-busting and its invasion of a neighbor that put America back in the intermediate-range missile business and caused Balts and Poles to bulk up their defenses.

It’s not propaganda of interest here, but rather what Mr. Shoygu claims the Russian military acquired by way of hardware in 2019.

Shoygu said the MOD had the highest level of arms and equipment supplied to its forces in four years — more than 6,500 — which raised the share of “modern” types to 68.2 percent overall. “Modern” arms reached 76 percent and 82 percent respectively in the RVSN and Russia’s nuclear triad specifically.

Shoygu enumerated what the rest of the military got this year:

Not everything can be good, so Defense Minister Shoygu said the serviceability rate of the MOD’s training aircraft is only 58 percent, and new Yak-130 jet trainers only 56 percent. But he claimed the overall rate for MOD equipment is 95 percent. Naturally, it’s a game of what gets counted and what doesn’t.